Free Shipping in Chch for 6 Bottles + 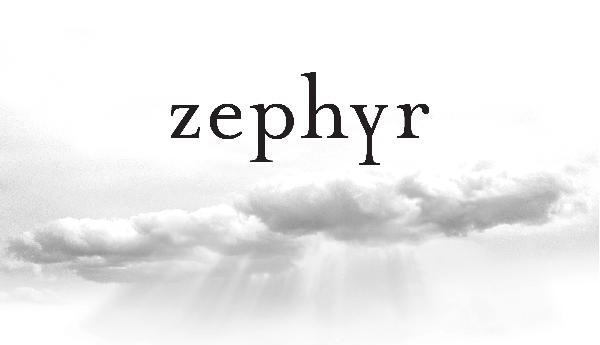 The Glover family were Marlborough dairy farmers and in 1988 Ben’s father Owen converted to grape growing, developing a 27 hectare vineyard at Dillions Point. Sons Ben and Jack became involved in the wine industry; Ben as chief winemaker at some of Marlborough’s best known wineries (Wither Hills and Accolade Wines) and Jack who is currently the General Manager of Accolade wines. The first Zephyr brand wines were produced in 2007. In 2016 Ben took the plunge to work full-time at Zephyr and has now purchased ½ the vineyard and is in the process of fully converting the block to organics. The family also have another 28ha vineyard, the Alice Mills Block at Raupara.  Last year Ben went into a partnership with Rhyan Wardman and purchased the Seresin winery and an adjoining 3 ha of vines. The winery is now called the ‘Coterie’ and is a contract facility for organic, small batch, single site wines, with foundation members Zephyr and Seresin.

Expect to hear a lot more about Zephyr wines as Ben and Jack continue to develop the brand and the wines.

It is not often at our tastings where Pinot Gris is one of the ‘Stars of the Show”. This is a delicious Pinot Gris. Flavours range from mandarin, fleshy red apple, apple strudel (complete with spice). It, as Ben puts it, “treads lightly’ on the palate but has bags of flavour and flavour length, It is dry at around 6gms rs and the 14% alcohol is not noticeable. Balanced and delicious.

Ben’s father first planted Riesling back in 1980. The vineyard is situated at Dillons Point and the silt/loam soils seem to be very good for aromatics. Ben also says there can be a slight saline influence on the flavours. This has a real ‘gin & tonic’ character. The floral citrus notes are complemented by a lemon pith character. A dry Riesling.

Not surprisingly for someone who has been responsible for making some of Marlborough’s best known Sauvignon Blancs, Ben has quite definite ideas on what style he produces. Not for him the powerful over-the-top aromatics. Ben wants his Sauvignon to speak on the palate. Quite subdued on the nose, the palate shows fennel, jalapeno, lemongrass flavours with a hint of lanolin. Pure and lasting.

Yes, named after the Zephyr Mark 111 which back in 1962 was at the cutting edge of English car design, featuring rear fins and two speed wipers…
The work starts in the vineyard to create this sophisticated and subtle barrel aged Sauvignon, with an open canopy to gain riper fruit. The wine is fermented and aged in older oak. Subtly aromatic, Ben wants a wine with texture and here it is seamless. Sleek and stylish, just like the Mark 111 was in its day.

Like many of the original Marlborough grape growers, Ben’s Dad has a soft spot for Gewurztraminer, even though the economics of the variety are terrible. This is not a big potpourri style – the spices and floral notes are there, but also there is a ripe phenolic grip (Ben describes as walnut-like) on the palate which gives the wine a palate presence.

The home vineyard has 25 year old Mendoza and Clone 95 vines that give intensely flavoured fruit. The grapes are pressed off and straight into barrel (15% new) for fermentation. This is citrusy with bread and meal characters. There’s a bit of grapefruit, white peach and just a touch of briney flintiness – line and length on the palate.

The 2017 is a fatter richer style with a bit of smokiness, ripe grapefruit flavours. There was a split decision by the tasters for a preference between the 2016 and the 2017.

The fruit for this comes from a vineyard on the Southern Clays. A lighter style of Pinot Noir – colour and texture, yet with plenty of flavour. Ben says – ‘elusive and sinewy’. Spice and vibrancy.

“A once in every 10 years wine”. 2018 was a perfect botrytis year so Ben kept a few vines aside to allow the full onset of botrytis late in the season. It took 3 presses to get enough juice from the shrivelled berries. Fermented to 180 gms rs, this is an intense delicious dessert wine.

You need to be aged 18 or over before you can shop online with Vino Fino.